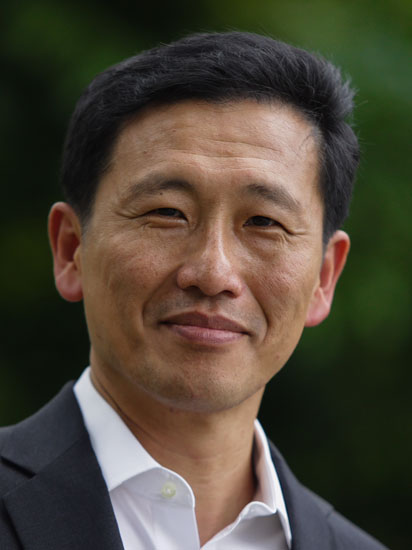 Last Monday was a dark day for Singapore’s parliament. Ong Ye Kung, our education minister, presided over a shameful, horrid witch-hunt, using language that might have impressed the Puritans of 17th century colonial Massachusetts.

The primary target was Alfian Sa’at, a local playwright. It was the latest salvo in the ongoing fracas over the cancellation by Yale-NUS of a course by Alfian entitled ”Dissent and Resistance in Singapore”. The larger backdrop is the years-long demonisation by the current government of academics, artists, critics, social workers and other Singaporeans who have committed the treacherous crime of speaking out of turn or possessing unpalatable political views.

In Singapore any overbearingness, paternalism, immaturity, or even ugly mudslinging by the ruling PAP is often sanitised and rationalised by our country’s “age”. We are a young democracy, or a young country, apparently.

What one does not expect is for that to become an excuse for colonial-era viciousness.

First was the selective quoting of Alfian’s poetry to prove that he is unpatriotic to Singapore. Ye Kung seems not to comprehend that Alfian’s Singapore You Are Not My Country is a love letter, one tinged with the loss, yearning and irony that any true love involves.

From this act we can postulate that Ye Kung and his chums understand only brash, symbolic patriotism, the mindless waving of the flag and singing of an anthem whose words you don’t understand, the unaccommodating “with us or against us” siege mentality, the worldview of an establishment led by military men with oversized egos who have never seen actual combat.

I have sadly never read much poetry, but let me try a Ye Kung with three of my favourites:

“My name is Ozymandias, King of Kings;

Look on my Works, ye Mighty, and despair!”

Ong Ye Kung School of Literature: Shelley is telling us about the great Ozymandias. Maybe one day if I, Ye Kung, am the King of Kings, Singaporeans will despair.

Ong Ye Kung School of Literature: Ginsberg is a true Communist. Let’s lock him up with Kirsten Han and PJ Thum.

”I hear Brenda’s got a baby, but Brenda’s barely got a brain

A damn shame, the girl can hardly spell her name”…

“Brenda got herself a boyfriend

Her boyfriend was her cousin, now let’s watch the joy end”

Ong Ye Kung School of Literature: 2Pac is right to identify individual genetic and moral failures as the reasons for teenage pregnancy. Let’s give him a posthumous Singapore citizenship.

It bears repeating here that Ong Ye Kung is not a student, not even a teacher in training, but Singapore’s education minister.

Alfian himself was too gracious in a response, saying that it was probably not Ye Kung himself, but somebody in his team who looked up Alfian’s published work and drafted those bits that the minister read.

I’m sorry, Alfian. I disagree with this sentiment. Ministers and other leaders are wholly responsible for their team and for their statements. Let’s not encourage this Singaporean habit of pushing blame down the totem pole.

Second are the references to Nazis and violent jihadists. In rationalising Yale-NUS’s cancellation of the course, Ye Kung said: ”For example, I do not think the US would tolerate an American university course designed by jihadists to promote violence, or that France or Germany would accept a course teaching that Nazism is good.”

Comparing Alfian to Nazis and violent jihadists? It is hard for me to overstate how crude, offensive and idiotic this statement is.

In any discussion or debate, “Nazi” is the unthinking, nuclear option. It reflects not only a dialectic immaturity, but a sheer lack of worldliness and intellectual depth.

In some ways, I am not surprised. Rather than push good, cogent arguments that might help Singaporeans improve their own understanding of complex social issues, our politicians have long relied on dramatic binaries and simplicities to hammer their opponents. The product is the dumbing down of society.

I am reminded of what Indranee Rajah, another PAP MP, told parliament in 2007 during a debate on gay rights. At one point she found it acceptable to question sexual free choice with a reference to murder:

“I come to what is Singapore prepared to accept. I do not think we want to have a situation where we demonise homosexuals. We certainly do not want to regard them as anything less than Singaporeans.  But the point is: what does our society want for itself?  Societal rules are not purely a matter of free choice. A murderer could say he is free to kill but society disagrees. Murder is a crime.”

How about comparing to nudity? Or somebody who grows their own weed? Or a dozen other libertarian anthems? Why murder?

So, when I think about the simplistic methods of discourse and debate that are emblematic of many PAP politicians—certainly not all #Tharman—it is here I find some peace with the notion that Singapore is a young country or democracy.

Yes, we are young, and many of our politicians speak like children who have been sheltered their entire lives. We need to inject some competition into their parliamentary lives, so that national discourse improves, so that we can make better collective decisions about our country’s future.

(My political preferences have remained unchanged for the past ten odd years. Happy with the PAP in power, but we need many more opposition lawmakers. Perhaps thirty to forty of the eighty-nine elected. Currently there are only six.)

Third is the blatant misrepresentation of Alfian’s course.

Ye Kung said: “Now, in a post just over the weekend, Mr Alfian Sa’at wrote of “a revival of student activism in Singapore, especially in areas such as political conscientisation”. The term “political conscientisation” comes from radical left-wing thought. It is agitation aimed at making people conscious of the oppression in their lives, so that they will take action against these oppressive elements. This is how Mr Alfian saw his project.”

Alfian’s response: “I have not used the word ‘conscientisation’ at all in any description of the programme. It does not appear anywhere in the project summary. I have only used the word ‘conscientisation’ in reference to what I observe as a political awakening among students, in a post made 3 weeks after the programme was cancelled. So it’s not accurate to say that this was how I saw the project.”

In short, Ye Kung accused Alfian, without clear proof, of holding a particular perspective on the course.

Last is the political divisiveness that the PAP seems only too happy to fuel, that is this long continuation of their actions and words over the past few years (reserved presidency, Shanmugam’s incessant attacks on certain academics and journalists, etc.)

Partly because of the Yale-NUS thingy, the past month has been a polarising one for Singaporean society: “PAP vs Opposition”; “Patriots vs Traitors”;  “Local vs Foreign talent”; “Government vs Alternative media”. On and on and on…

Ong Ye Kung had an opportunity last Monday to heal wounds, to appear statesmanlike, to forge a vision of Singapore where critics of all stripes have a place, to show us how we can collectively become a better people.

Instead he chose to score some political points. Shame.

On those three poems:

Shelley’s Ozymandias has particular relevance to Singapore because of its connection to the Oxley Road Saga.

Lee Kuan Yew once told an interlocutor who mentioned that Singaporeans wanted to build monuments in his honor to “remember Ozymandias,” the pharaoh whose ruined statue Percy Shelley commemorated in a poem on the transience of worldly power.

Do also listen to Li Shengwu, LKY’s grandson and one of Singapore’s most brilliant minds, who has now been effectively exiled by the current government, speak about it.

I like Allen Ginsberg’s Kral Majales for the way he criticises Communists, Capitalists and other power-mongers. But also because I love his spoken word here.

2Pac was assassinated two-and-a-half years before I entered university in California. Many still missed him and played him, he was everywhere, i.e. it wasn’t just the beat poets and hippies around us, ha.

In Netflix’s wonderful Hip-Hop Evolution, the journalist Danyel Smith says this about Brenda’s Got a Baby:

” ‘She didn’t know what to throw away and what to keep’. It says so much about being a teenage black girl who finds herself uncomfortably pregnant. And it was him [2Pac], a guy, who wrote that? It’s one of the best lines of poetry, of rap lyrics, of literature.”